The racing version of the BMW M1 was launched in 1978. The road version that had been exhibited at the Paris Motor Show had been altered to comply with Group 4 rules. The engine had also been upgraded: it now had 24 valves giving it 460 bhp. The top speed of the M1 Pro-Car was about 310 kph.

The car came to the forefront of the European Formula 1 Grand Prix races from 1979 onwards. In these Pro-Car races, 20 absolutely identical M1 cars raced against each other, 15 of which were driven by private drivers, the other 5 by F1 pilots. All the M1s had the same spoiler and aileron to improve road-holding. Thus driving skills, not technology, decided the winning or losing positions. 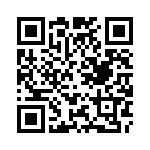