Mitsubishi came ready to excel in the World Rally Championship with its Lancer Evolution VII.

This machine, which has been developed thanks to Mitsubishi's experience racing in Group A, is equipped with evolved versions of the 2-liter 4-cylinder engine, differential with active control locking system, and other mechanics. The Evolution VII made its debut in the 11th round of the 2001 season in Sanremo and continued to fight in the first half of 2002 season.

- The form of the car and the cockpit specially equipped with roll cage have been accurately reproduced. Spare tire has also been reproduced.

- Nylon mesh is included in the kit to reproduce front grille and take realism even further. 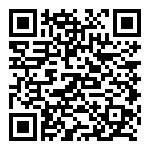