In 1982, World endurance racing regulations were changed and it became know as the Group C racing class. That same year, the Porsche firm in West Germany, know for their fine automobiles and superlative racers, created the model 956 specifically for this class.

Porsche modified this highly successful racer to comply with the American IMSA regulations, and called it the 962. In 1985, along with additional revisions of the world endurance racing regulations, Porsche unveiled a further improved 962, designating it the 962C. Since that time, this highly sophisticated racerhas undergone many subtle changes, and continues to be a top-ranked racing machine.

It has won praises from numerous private racing teams, all over the world, for its expectional degree of reliability at the track. A large number of teams selected the Porsche 962C as their car to vie for the 1988 All Japan Sports Prototype Endurance car championships. Throughout the season, the "FROM A" racing team was said to have the most competitive of the 962C's entered, with up-dated modifications made to this already formidable racer, like the all liquid cooled flat 6 cylinder engine as compared to the conventional air & liquid cooled model.

Drivers Okada and Dickens won the year's team and drivers championship behind the wheel of this superb racer. 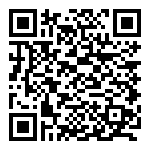